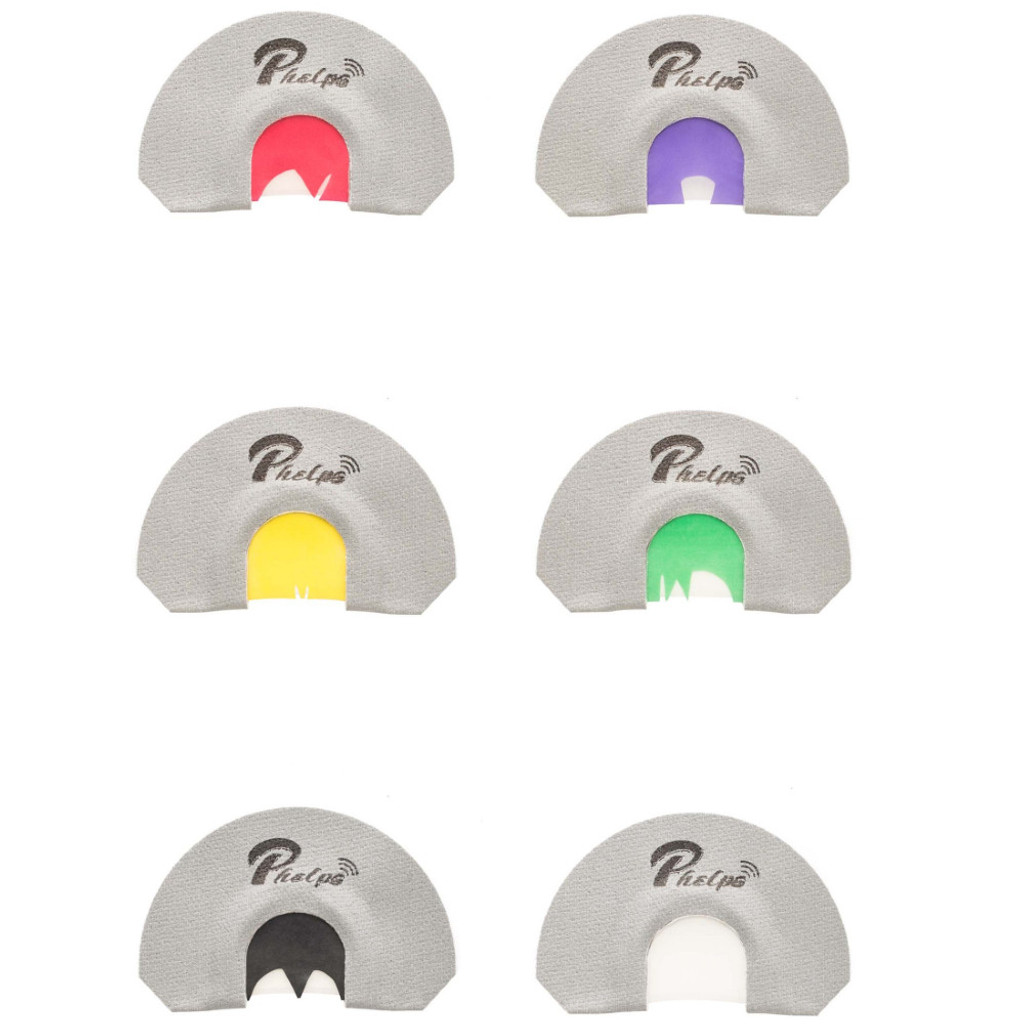 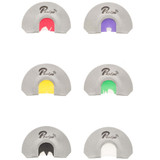 Included in the pack:

Rippin Red: Combo Cut (.004 Red latex over double .004 natural latex) This call will produce those raspy yelps of an old hen, as well as, those high-pitched kee kee runs of a lost turkey.  From hard, crisp cutting, yelping, to those soft clucks, purrs, and whines…There is a reason this is our most popular turkey call.

Casper: Ghost Cut(.004 purple latex over two layers of prophylactic) This is a great call for beginners.  The ghost cut out of the center makes for easy kee-kee sounds and quality higher pitched hen yelps.

Sassy Split V: Shortened V-Cut  (.003 yellow over two layers of .0035 natural) The sassy split V is a 3 reed call with a shortened V-cut.   The shorter cut gives a sharper/crisper raspy tone which is perfect in producing those loud cutts and yelps of a mature hen turkey.

Green Viper: Snake Tongue Cut (.004 Green Latex over two layers of .003) The Green Viper call is a 3 reed call with a snake tongue combo cut which makes it great for producing; raspy yelps, hard cutts, and kee kees, as well as being soft enough on the off side of the snake tongue to produce soft clucks and purrs.

Black Bat: Batwing Cut (.0045 over .004 over .003)  The Black Bat diaphragm call features an easy to control batwing cut. This call produces mild rasp yelps when played to either side.  When played down the middle the rasp picks up and the call can mimic an older hen.

Straight Duece: No Cut (Two layers of .004).  This is a great call for a beginner.  Built for effortless and clean yelps, kee kees, purring and mild cutting.

Be the first to review this product.

Create an account with us and you'll be able to:

Fill in your email below to request a new password. An email will be sent to the address below containing a link to verify your email address.