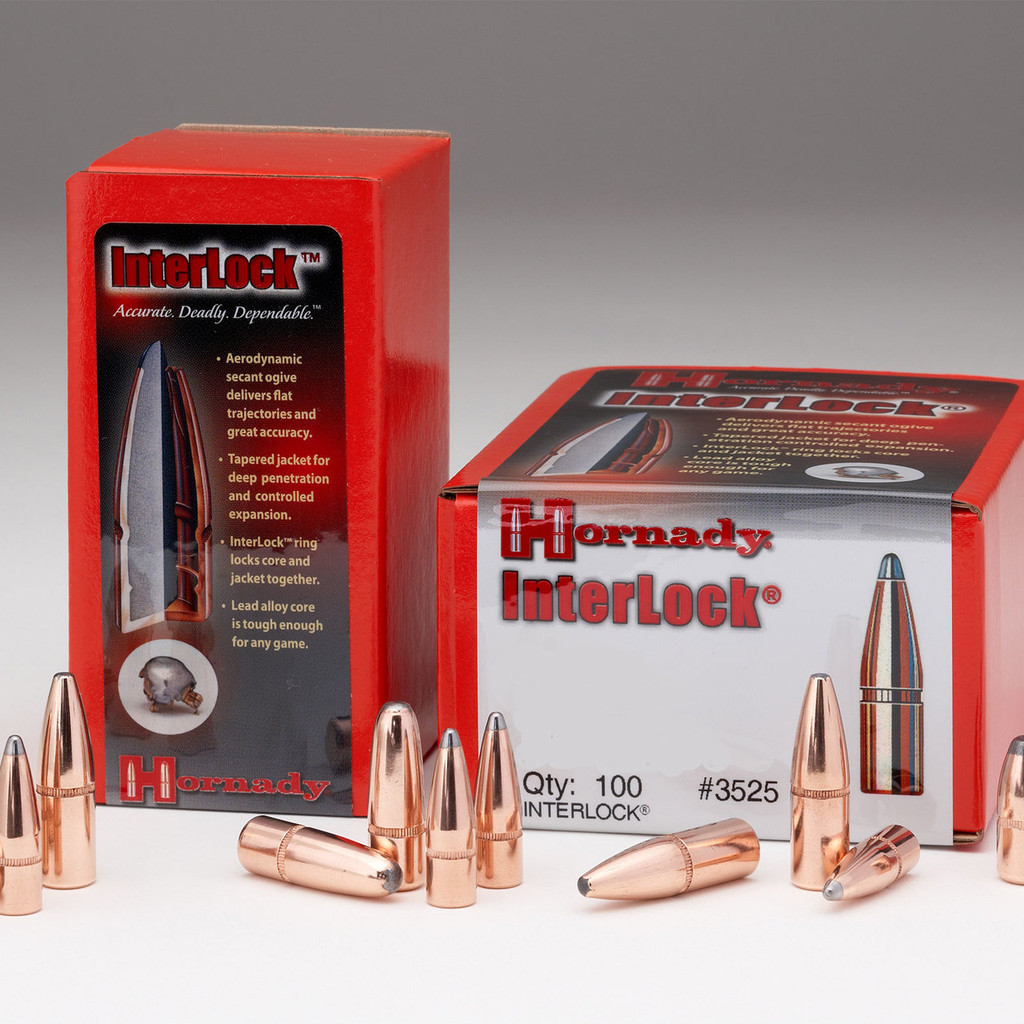 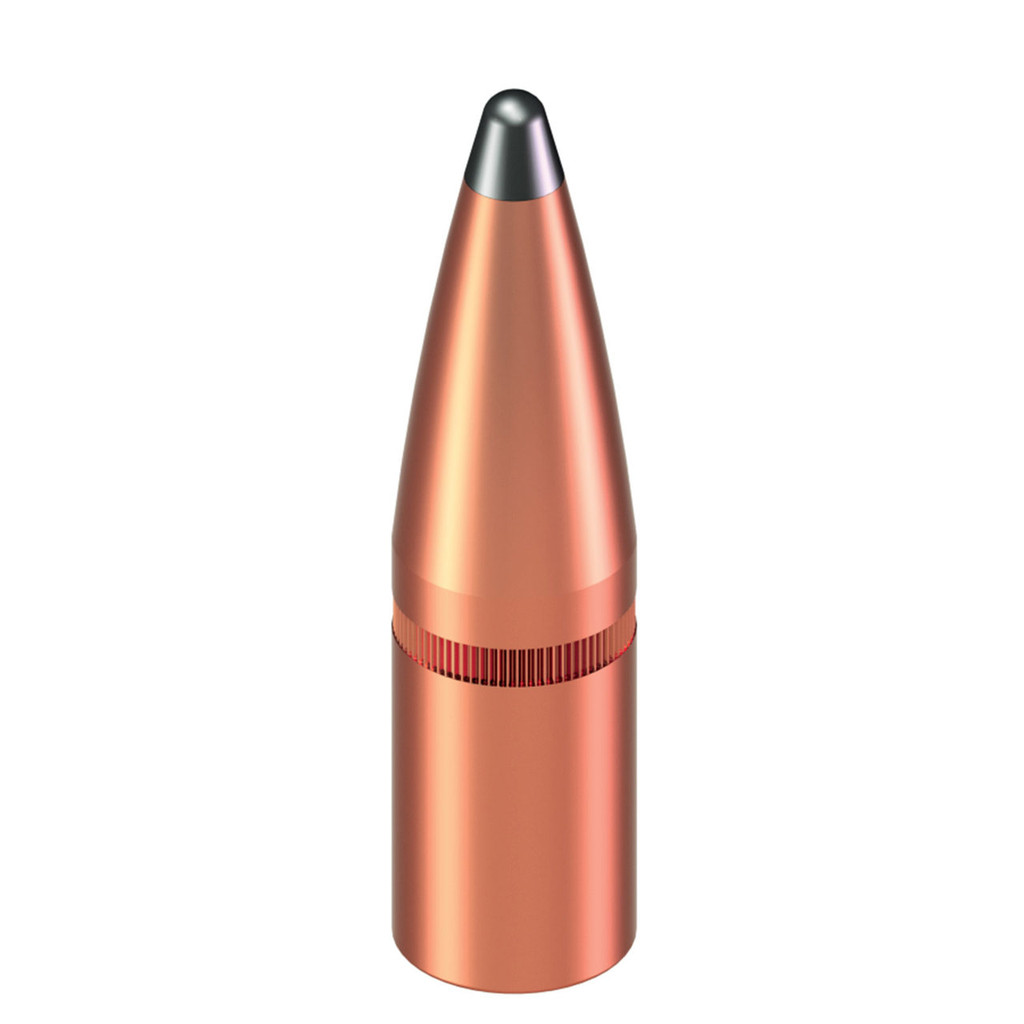 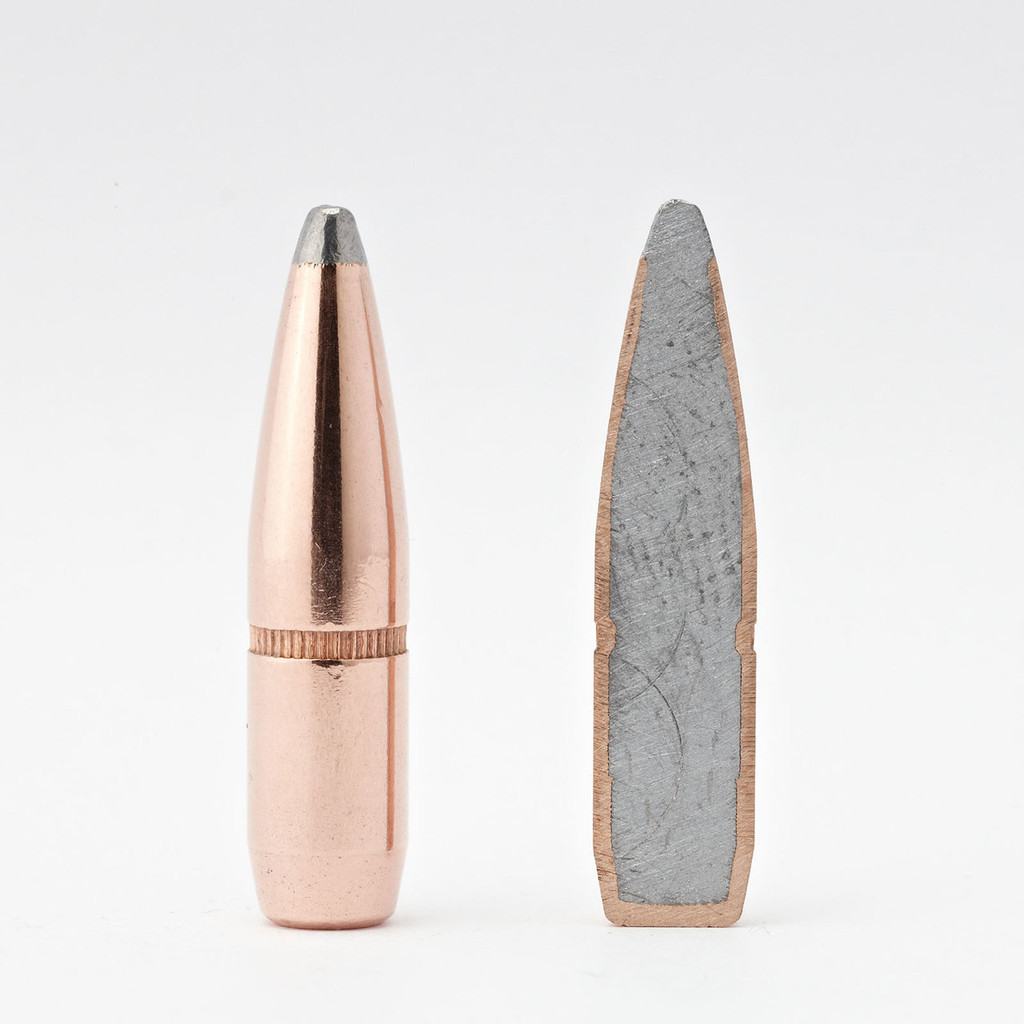 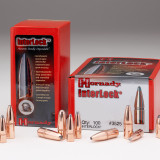 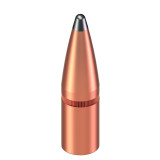 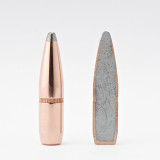 Our traditional line of bullets feature exposed lead tips for controlled expansion and hard hitting terminal performance. Most have our pioneering secant ogive design-one of the most ballistically efficient profiles ever developed. Most feature our exclusive InterLock® design--a raised ring inside the jacket that is embedded in the bullet's core that keeps the core and jacket locked together during expansion to retain mass and energy.

Pioneered by Hornady® for use in hunting bullets, this technology broke new ground in ballistic engineering and is now used in bullets for everything from match to varmint shooting.

The secant ogive is a geometrically developed design that creates the most ballistically efficient profile, yet retains the optimum bearing surface. The combination of the slender point and increased bearing surface results in lower drag, increased stability, flatter trajectories, and amazing accuracy.

Tapered Jacket
Jacket thickness is precisely controlled for expansion at all velocities.

Cannelure
Provides accurate and consistent crimping and also works with InterLock® ring to ensure the core and jacket remain locked during expansion.

InterLock® Ring
The raised InterLock® ring is embedded in the bullet’s core, ensuring the core and jacket are locked in one piece during expansion to retain mass and energy.

Be the first to review this product.

Create an account with us and you'll be able to:

Fill in your email below to request a new password. An email will be sent to the address below containing a link to verify your email address.